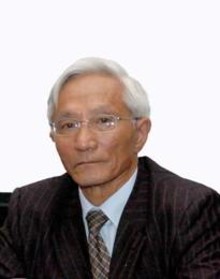 Purev ZUZAAN (1944) graduated from the National University of Mongolia (NUM) in 1967, and obtained his Ph.D. and DSc. degrees in Physics at the National University of Mongolia in 1985 and 2008, respectively. These theses dealt with XRF. In 1968-1990 and 1995-1999 he was senior researcher in the Nuclear Research Laboratory at NUM, 1991-1995 - at the Joint Institute for Nuclear Research, Dubna, Russia, 1999-2011 Deputy Director at the Nuclear Research Center at NUM. At present, he is Head of the Division of Nuclear Analytical Methods in the Nuclear Research Center. Hence, for nearly 40 years, professor Zuzaan studies fundamental problems of X-ray interactions with atoms, theoretical simulations of matrix effects in XRF and develops the effective techniques for the determination of elemental contents, mostly in ores and soils. Also, his research is related to atomic and nuclear spectroscopy and the development of nuclear analytical techniques. Those techniques were introduced in plants in Russia and Mongolia. Prof. Zuzaan has taken part in and/or organized many International conferences on XRF and on Contemporary Physics. He teaches and supervises students under/graduate projects and post graduate thesis on X-ray analysis and radiation ecology. He is author of over 100 publications in this field. He is working as editorial board member of the Physics journal of the National University of Mongolia.