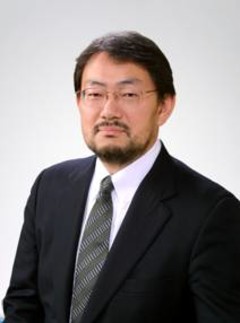 Prof. Jun Kawai graduated from the University of Tokyo in 1982 supervised by Prof. Yohichi Gohshi, for the study of chemical effects of X-ray fluorescence spectra.  From 1986 on, he was a research assistant of the Institute of Industrial Science, the University of Tokyo, for X-ray photoelectron diffraction, where he obtained degree of Doctor of Engineering in 1989.  Then he moved to a postdoc position of Institute of Physical and Chemical Research (RIKEN) for 3 years.   Then he moved to Kyoto University, one year as an assistant professor, and since 1994, J. Kawai was an Associate Professor in the Department of Materials Science and Engineering at Kyoto University. He developed there total reflection X-ray photoelectron spectrometer (TR-XPS), surface sensitive X-ray absorption methods, and X-ray fluorescence holography.  He became full professor in 2001. His current research interests are mostly in the development of X-ray instruments, such as palm-top electron probe microanalyzer (EPMA), handy total reflection X-ray fluorescence (TXRF) spectrometer, X-ray absorption spectroscopy without using synchrotron radiation facility. He has authored more than 300 scientific publications and 30 books (mostly co-authored but including single authored 3 books on transport phenomena, quantum spectrochemistry, and X-ray fluorescence analysis) in the area of analytical chemistry and materials informatics.