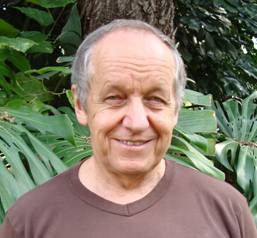 Dmitri Katskov graduated from Leningrad State University, Russia in 1965 and was employed at the State Institute of Applied Chemistry first as engineer-physicist, later on as senior scientist, and then as Head of the Department of Analytical and Physical Chemistry. In 1993 he was invited and since than worked as Research Professor at Chemistry Department of Tshwane University of Technology (before 2000, Technikon, Pretoria). His field of expertise and research specialization is atomic and molecular spectrometry with focus on the theory, technique and practice of electrothermal atomic absorption analysis.  This includes the development of instrumentation and analytical methods based on investigation of chemical reactions at high temperature and processes associated with vaporization and transport of atomic vapor.  Within these scientific domains D. Katskov obtained the degrees of Candidate Nauk (Russian equivalent of PhD) in Optics (1972) and Doctor of Science in Analytical Chemistry (1989) as well as the titles of Senior Scientist (Physical Chemistry, 1985) and Full Professor (1995). During scientific career he published more than 250 papers in the peer reviewed journals and books, supervised 10 accomplished PhD works and registered 12 patents. Current research projects of D. Katskov are mainly associated with continuum source atomic absorption spectrometry.